Know Before You Go

How to Shred Your ACL

The End of a Season – The Beginning of an Adventure

It had been such a fantastic day, one of many at Bogus Basin this year.  Almost a foot of powder on the back side of Bogus, skiing the steep gullies and treed areas that lie in the no-mans land between Wildcat and Paradise below Chair 6.  The four of us were hitting it hard, skiing aggressive lines and enjoying another day of powder in this stellar year at Bogus. 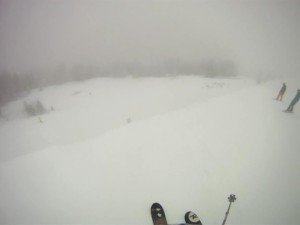 And then it happened.  A hard landing after launching the Cornice and I felt that all-to-familiar “pop”, deep inside the knee.  I tried to tuck and roll, but the damage was already done.  I knew immediately that the ACL was gone  All that was left was to gingerly get up, veer over to the groomers and make my way back to the car.  My season was done.

Strangely enough, I have been more at peace than angry, more reflective than depressed, more willing to accept responsibility and determined to turn this setback into a positive experience.  If nothing else, perhaps I can be that unfortunate shipwreck that is visible from the shoreline.  My experience may serve as a lesson to someone out there as to how “not to do it”!  And perhaps I can get the ship off of the rocks, patch it up and get the old vessel back in tip-top shape!

In the following months, I invite you to join me, (or maybe just watch “from the shoreline”), as I embark on this “hi adventure”.  I’ll discuss the surgery options and what choices were made, I’ll allow you to look in on the recovery process, and if I do this right, I’ll share my successful return to the mountains and my goals that were interrupted.

Prior to getting started on this next adventure, I feel inclined to do a quick debrief on the contributing factors that lead up to the injury.  I have a tendency to over analyze things and be a bit dramatic, so I’ll try to be brief with the assessment and my take-away from my “little shipwreck”.

In my early and mid forties I had ACL’s on my left and then my right knee.  And now I’m back to the left one.  All three incidents had essentially the same M.O.  Skiing hard, getting air and either landing off balance, or in the case of the most recent injury, landing on a flat, hard area that was not visible when I launched.  Now some would blame this on bad luck, and there might be something to that.  But I know that there are other factors that contributed to all of these injuries.

Although I certainly weigh less now than I did when the first two ACL’s occurred, I had gained about 10 lbs over the past year. We all have an optimum weight that we need to maintain and when we exceed that balance, the margin of error narrows considerably when we pursue aggressive, higher risk activities.  Couple that with increased age in my case, and you can see where this ship was headed.

I fit in that category of people that enjoy food, I’m what some people would refer to as a “foodie”, and I have been known to be a “grazer”. 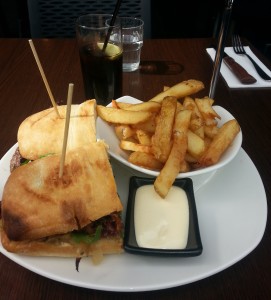 In making this observation, I don’t want to insinuate that I suffer from eating disorders.  Those are serious issues and should not be treated lightly or trivialized.  The reality is that a large number of us who spend most of our days behind a desk struggle with maintaining a healthy weight.  This is compounded when we pursue aggressive, risky action sports, and it is magnified as one gets older.  This reality doesn’t have to cause us to get off course or lose our way – It does however, demand that we get our mind wrapped around a concept that is sometimes difficult to accept;

Most of us, (and I certainly fit in this camp), can NOT exercise enough to overcome a bad diet!!!

In today’s avalanche courses there is an increased focus on decision making processes and we discuss the dynamics around the reinforcement of bad decision making.  If I cross over a slope many times that has instabilities and I don’t trigger an avalanche, there are two key psychological dangers that become exposed:

1 – As humans, we are prone to reinforce our perceptions with decisions that have positive outcomes.  If I do something many times and it is successful, I assume it was a good decision.

2 – Just because I do something without negative consequence does NOT mean that risk was not present.  However, we tend to fool ourselves in these situations.  We assume the risk is far less than it is because we misinterpret the result.

What is the bottom-line to these behavioral imperfections?  As a typical human I was emboldened by my “success” and took increasing risks.  Eventually the laws of physics and probabilities caught up with me and I realize that this was not a surprise, it was a wreck looking for a place to happen. 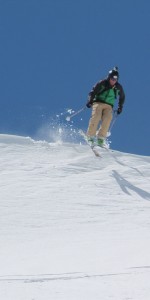 I Want New Boots Next Season

One other factor that I must consider at this point is equipment.  I am going to do some research in bindings and boots.  I know that there is one manufacturer that specifically targets avoidance of knee injuries with their bindings and I will investigate the data on these options.  I am also suspicious of my boots that I use in the resort.  they are several years old, and are a very stiff boot, just below that of a competitive alpine racing boot.  In my case, would a slightly more forgiving flex be safer and less prone to ACL tears?  That is the question to be answered over the summer,  I see the justification for a new pair of boots coming out of this “study”! 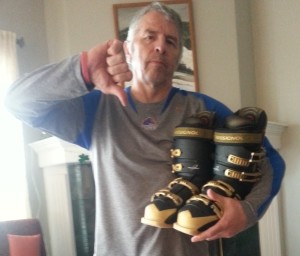 I think these have got to go!

To Air or not to Air

In my fantasy world I see myself charging big lines and getting big air with the JHAF.  Of course the real difference between fantasy and reality can be a pretty big gap.  However in my case, I do ski some pretty big lines and I love to get my own version of “big air”.  Now I know that this adds a certain level of risk to what I do.  I have an internal struggle to resolve.  I’m torn between the continued pursuit of the adrenaline rush, and deciding that maybe it is time to dial it back just a tiny bit.  Only time will tell.