Taking a Stand Against the Assualt on OUR Public Lands

As the developer and primary author of this website, I have tried to stifle my voice and my opinion regarding matters that could be placed in the political realm. I have maintained that hi-adventure.com should be about adventures and experiences, not about my personal political views, political issues or public policy debates. 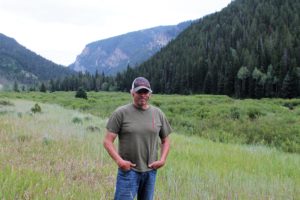 However, I have reached a point where I can no longer remain silent in this matter. I feel compelled to speak out and let it be known clearly what camp I am in when it comes to the assault on public lands here in the West. It saddens me that this should even be a debate and it is made even worse by Republican legislators at the state and federal levels backing these attacks on our public lands. This should not be a political issue, but unfortunately it has become one.

One of the keys to understanding this assault is to understand what is being referred to as “Public lands”. Most people assume that as long as some government entity owns the land, then it is “public”. While this may be true in a literal sense, it is not actually the case in this debate. To be specific, STATE owned land is not the same as FEDERAL lands. The key difference, (and this may vary somewhat based on individual state constitutions), is that state owned land is not only “easier” to sell and develop, it is in many cases enabled in the state constitutions.

From the Idaho Land Board, the following document is very helpful in understanding what the charter for these state owned lands is: https://www.idl.idaho.gov/land-board/lb/documents-long-term/history-endowment-lands.pdfFrom this document;
“The prescribed income is generated in a number of ways: the sale of land; the sale of timber; leases for grazing, farming, conservation, commercial buildings, recreational homesites, and mining; and earnings from invested funds. The Endowment Fund Investment Board is charged with managing the invested revenues from the endowment lands”.

And in the next paragraph, we find the following;
“Management activities on state endowment trust land are not intended to benefit the general public, but are directed solely to the good of the beneficiaries of the original land grants”.

I am NOT advocating that we remove these lands from the States. They serve an excellent purpose and can continue to be used as revenue generating tools. Although, there are many documented examples of properties that at one time were “open to the public” within these lands being sold to commercial developers, and then having that “public” access terminated. What I am firmly against is transferring any further ownership of federal lands to the states thru the endowment lands/state land boards! I would hope this is clear to all of those who are advocating that Federal lands be given to the States.

Now, of course there is the option of taking these federal lands and “giving” them to the states to be run as state parks or forests. This is actually another misguided idea. The idea is that the state will do a “better” job of managing these lands than the federal government. Even if you believe this fantasy, the biggest fallacy in this argument is one of money. The individual states simply do not have the resources to correctly manage these properties. One or more of the following will occur:
1) the states will need to dramatically raise taxes to cover the management costs.
2) the states will need to dramatically increase access fees.
3) the states will need to access federal funds to subsidize the cost of maintaining these lands. (This is probably the most plausible solution, but then that will invoke the very controls that the people perpetuating this fantasy want to avoid – and now you’ve added an extra layer of management/cost).
4) the states will need to “privatize” some/all of these lands in order to balance their budgets.

Federal lands are there for a purpose, and they do belong to all of us as citizens of this country. I have no problem with someone from Texas coming to Idaho and being able to enjoy recreating on public lands that happen to be located in Idaho. I certainly would not want to be “locked out” of my favorite public recreating areas in the state of Wyoming.

Most of the people who are lobbying for this “State” control, are those individuals who have a commercial benefit to gain; mining companies, developers, and other industrial concerns. They are masquerading this land grab as a “states rights issue”. Do NOT be fooled, this is a power-grab that will benefit a few wealthy individuals. If you have “a beef” with the way that the Forest Service/NPS/BLM is handling a certain forest, park or sagebrush desert, the ultimate “fix” is to work with them in a non-confrontational manner and establish working relationships. I know this can be done. I’ve seen it succeed personally.

I will no longer be quiet on this issue! I can’t think of a single instance as I look back on the history of the west and say that supporting the side of conservation and erring on the side of caution has caused any irreparable or long-term damage. Yet there are many instances where greed and financial gain have left long-lasting scars on the environment. When we say keep our lands “public”, we inherently mean keep them public at the federal level.

Please join me in becoming educated in this matter and in aligning with organizations and leaders who espouse the principles of conservation and preservation of our national treasures and this beautiful land that we live in!