Do Rules Apply When We Leave the Resort

As part of our annual ritual to ring in the ski season, my wife and I met with some friends and attended the latest Warren Miller film, “Here, There and Everywhere”. As a whole, I thought it was a great film and I loved the way that they honored Warren and paid homage to him and other legends, such as the late Stein Eriksen! Although there was still plenty of action, rowdiness, shenanigans and awesome lines, the film seemed somewhat “toned down” compared to the standard fare in this genre now.
I do take major exception to one of the statements by one of the athletes’. To paraphrase, she indicated how she loved skiing in a place like Switzerland because “there are no rules”. Now what she was referring to was the fact that resorts in Europe do not have the same boundaries and closed areas as we have here in the US. You can go anywhere you want – there are no rules.
To me, this is one of the biggest myths out there in the skiing/riding world, and to a certain degree it is perpetuated by the ski-film industry. Namely, that once we “escape” the resort boundaries in places like the US, or travel to somewhere like Switzerland, then there are no rules! This could not be further from the truth! Let me explain. 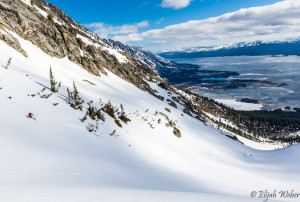 Skiing on Mt Moran in GTNP

Those of you that know me know that I love skiing powder in the backcounty. I love climbing and skiing big peaks. I spend a fair percentage of time each year on skis outside of the resort boundaries. I do this, because I love the adrenaline rush, I love the challenge, and I love skiing down a mountain or line where it’s considered a crowd if there are more than a half dozen people around. But let me make it perfectly clear. Those of us who have any desire to continue this “fun”, live by a set of rules!!!
What are some of those rules? Well, they are founded on natural laws and physics, they are based on protocols of safety and finally, they are based on building and maintaining friendships.
Let’s start by discussing rules of the snow-pack. The snow-pack that we ski on has rules that Mother Nature has instituted. There are laws of physics involved that, if violated will bring injury or death. The snow-pack is also directly impacted by the weather. If there is a persistent weak layer in the snowpack, we know that there is increased danger. 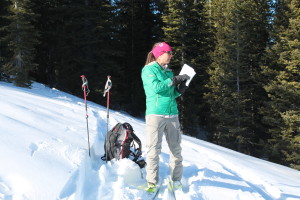 There are laws of physics that dictate if a skier or snowmobile encounters one of these areas in the right conditions, they will set off an avalanche. If a storm has been “dumping” snow and it is accompanied by wind, there will be instabilities in the snow that can trigger avalanches.
There are “rules” regarding partners. We should always travel with a partner. Have some of us broken this rule? Yes, but that doesn’t mean it isn’t a rule. It is there for our safety. There are specific rules, or protocols when setting a skin track or climbing. Some of these protocols may be more centered on ethics and etiquette, but others are there to keep us safe. Another example of a rule along these lines is the essential gear that we have with us. No one should ever be in the back country without their avalanche beacon, shovel and probe. 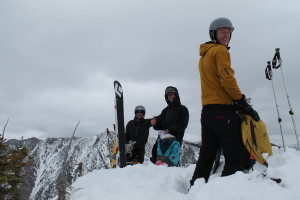 There are rules, which contribute to our development of friendships. Don’t be like the saying that we have in the resorts, “no friends on a powder day”. 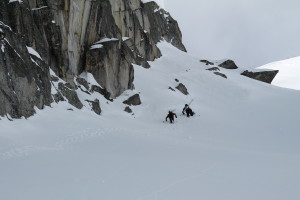 We look to share the work load, take turns leading the skin track or setting the bootpack. We “harvest the powder”, and don’t just center punch through it. These things may not be “life-and-death” like some of the other rules, but they are there to help gain and build friendships.
As we venture into the back country, we aren’t “leaving the rules behind”; we are in fact ascending to a much higher level of accountability and responsible action. There may not be any ropes around, or double black diamond warning signs and there may not be any patrollers to keep us from hucking that cliff that we have no business trying in the first place, BUT there most certainly are RULES and those who choose to ignore them put themselves and potentially others in grave danger! There are old ski mountaineers and there a bold ski mountaineers, but there are no old, bold ski mountaineers.
Now I think I understand what the Warren Miller athlete was trying to get across, namely that there is this element to skiing, that frees one from the restrictions and rules that we find in our daily lives and this extends to resort skiing, (at least here in the US). That is only an illusion. The paradox is that it is the adherence to the rules that sets us free. If we want to soar and float in the powder and steeps, we will only be able to do so as long as we are willing to obey nature’s rules. And if we want to enjoy our time in the backcountry we will adhere to the rules regarding safety and teamwork.